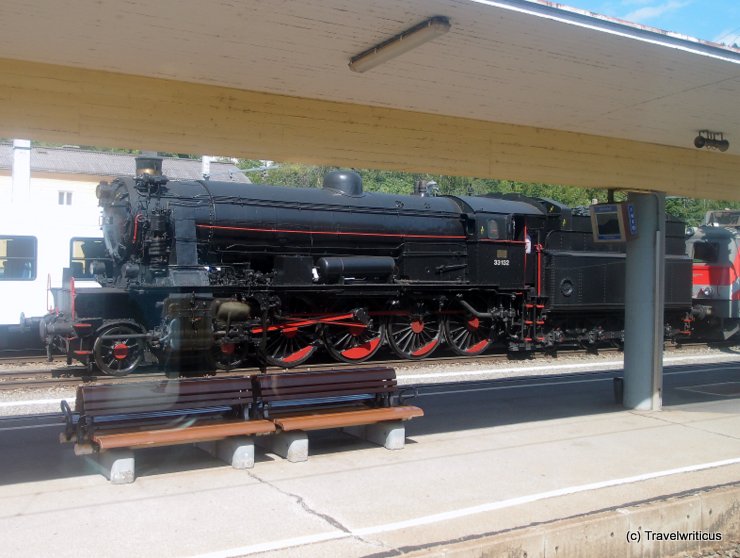 While my train was waiting at the railway station of Mürzzuschlag this pretty steam locomotive passed by. The locomotive with the number 33.132 is part of the BBÖ Class 113 and was built in the year 1925. It is still used for vintage train journeys by the company B&B Blue Train.

Near this station, there is an interesting railway museum featuring the history of the Semmering Railway which was part of the line between Vienna and Trieste (Südbahn).