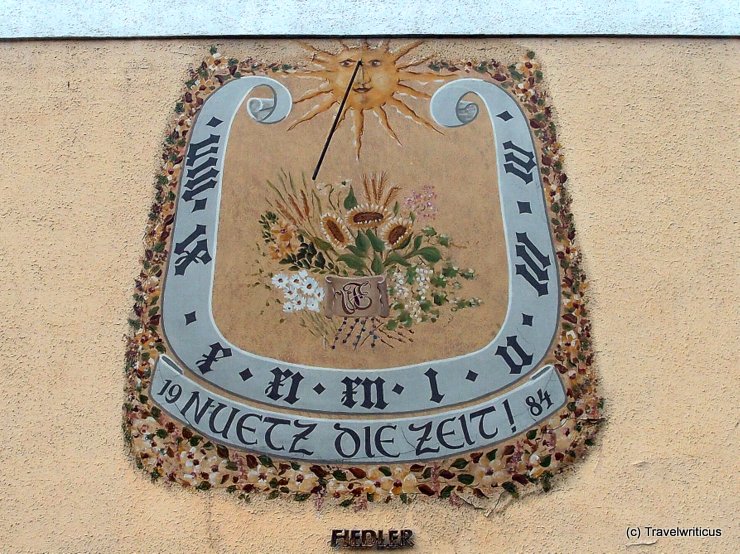 After leaving the railway station Mistelbach/Stadt I came across one of my first sundials in Austria. The piece placed on a private home in Lower Austria shows local agricultural products like corn and grapes. The German phrase ‘’Nuetz die Zeit!’ reminds people to use their time carefully. 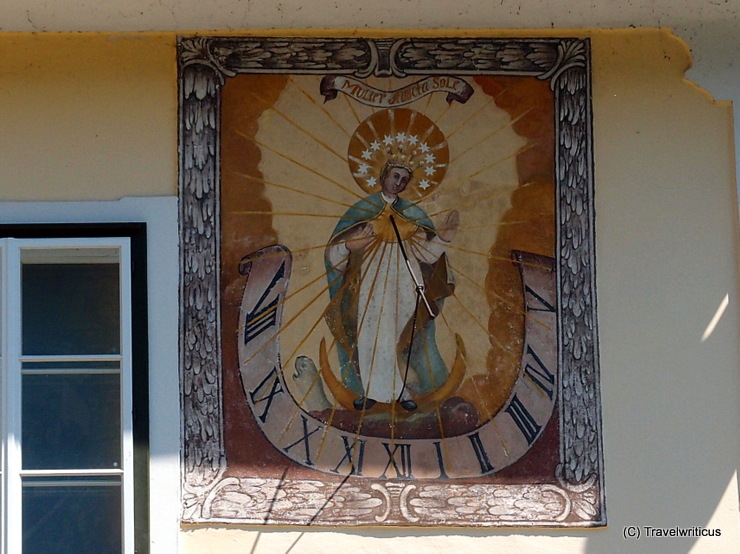 This sundial on a wall of the Hallstatt Museum shows the Virgin Mary on the top of a crescent moon. The museum is located in Hallstatt, a place in the Austrian state of Upper Austria. The institution displays a broad collection of pieces dating back to the Hallstatt culture. 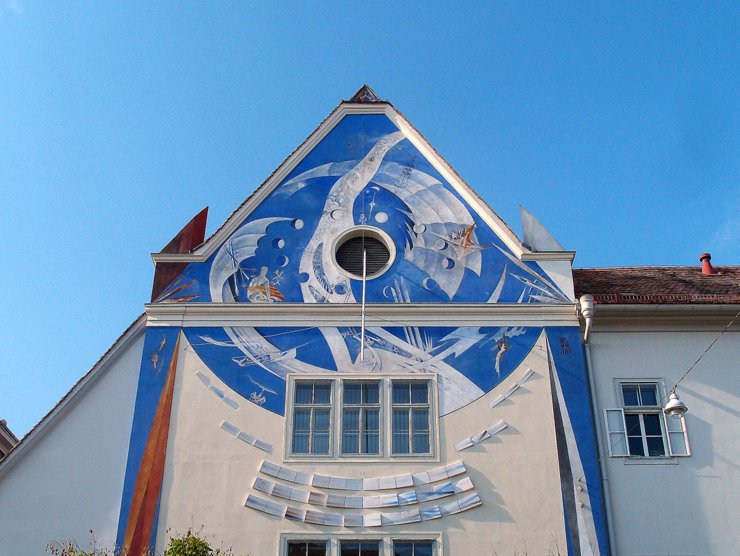 On the occasion of an exhibition in the Styrian State Archive in Graz (Styria), I discovered this sundial on the building. The background picture reminded me of a view of the stars. I was right because the painting shows the milky way. The work is from the hands of the Styrian artist Wolfgang Buchner, who finished it in 1986. 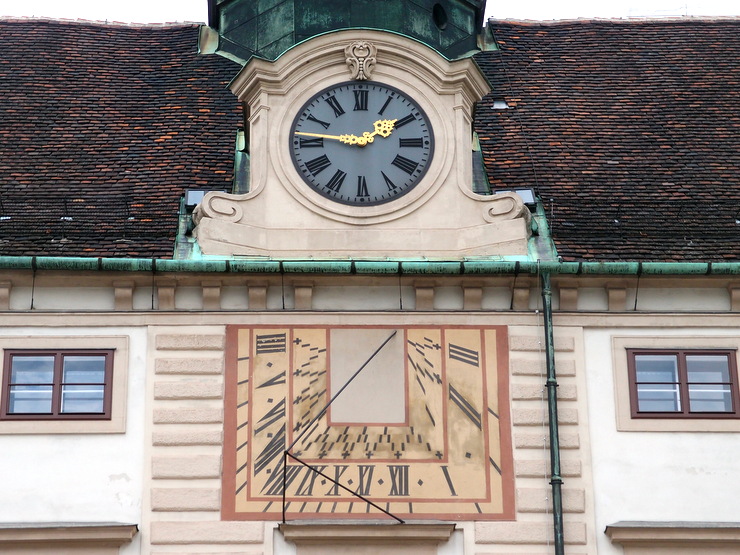 Another fascinating example of sundials in Austria is this one in Vienna. You can see this one on the Amalienburg. The Amalienburg is a wing of the Hofburg and named after Wilhelmine Amalia from Braunschweig-Lüneburg. The background painting reminds me of punch cards, wich makes the sundial look pretty modern. 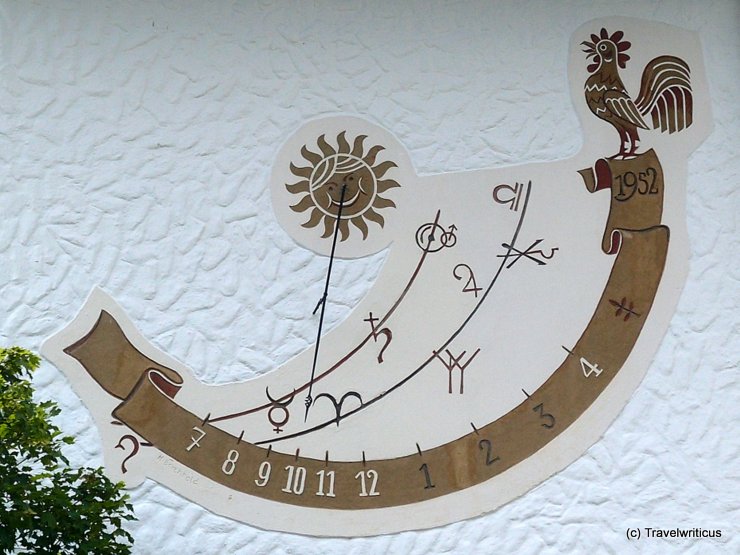 During a walk through Mittelberg, I came across this sundial dated with 1952. Mittelberg is a community in a valley called Kleinwalsertal. Fun fact: Although this settlement is part of the Austrian state of Vorarlberg, there is no direct road to the rest of Austria. People of Austria only reach this town via Bavaria. 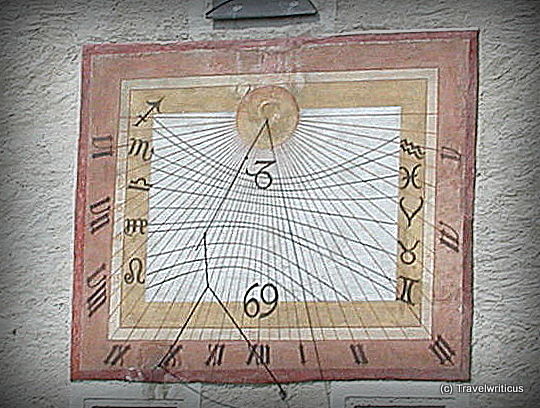 I found this sundial with zodiac signs on the Maria Saal Cathedral in Maria Saal. The church is considered one of the oldest ones in the Austrian state of Carinthia. The building is also famous for several immured Roman tombstones, e.g. the mail coach stone.